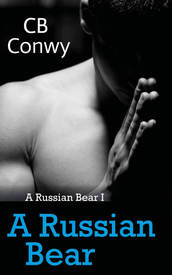 To Mischa, life is simple. Doms are Doms and subs are for fucking, flogging, and bossing around. Until he meets Tom, that is. Tom is deeply offended when the stranger in the bar takes him for some kind of slave boy. Well, offended and more than a little excited by the thought of surrendering to Mischa. Mischa being Mischa, their meeting results in Tom losing his virginity in a way that's hotter than even his wildest fantasies.

Mischa is drawn to Tom and makes another appointment. And then another, initiating Tom to every kink Mischa knows. They aren't scenes, of course, because Mischa has a "one boy, one scene" rule. But then again, Tom isn't exactly like his usual boys, and Mischa finds himself falling in love, though nowhere near ready to admit it. Luckily, Tom isn't exactly your stereotypical slave. Life is good -- until Tom gets attacked, and Mischa has to fight harder than ever to make Tom realize that he isn't going anywhere.


Excerpt:
It wasn't like he was in the habit of finding his subs in bars; Mischa really preferred to hunt at the club. There, the rules were straightforward. Doms were Doms and subs were for flogging, fucking, and bossing around. This was a nice, upscale hotel bar, and the only sub they'd ever heard about was probably the sandwich. He missed his leathers, too; far easier to look his part as a badass Dom in those.

He impatiently looked around to see if he could spot the boy. He tried half-heartedly to remember the name -- Tim something? That was another annoying thing; Mischa normally didn't bother with names. In his opinion, "boy" worked just fine. He never had more than one scene with a sub, and he had far more important things to do during that time than learning their names. Making them scream, mainly.

Toby had described this particular boy to Mischa, but "dark-haired, slender, sexy" fit a lot of guys. Toby might have said a few other things, too, but Mischa always concentrated on the important part -- the kinks.

However, Toby's description did fit a young guy sitting at a table in the corner. It had been a long time since Mischa had had a scene with anyone, and perhaps that was why the attractive, dark-haired man caught his eye as soon as he turned toward the corner. Or perhaps it was the young man's age; he was easily thirty years younger than the tired salesmen and conference participants in the bar.

Mischa watched him blatantly flirting with an older man who didn't seem the least bit responsive to the young guy's efforts. The chubby guy didn't exactly look the part of a master, but if there was one thing Mischa had learned during his years as a Dom, it was that they came in all shapes and sizes. Mischa frowned; if this was his date, it wasn't very smooth to hit on someone else when the boy really had a date with Mischa.

The guy looked up and caught his eyes. Oh. Definitely interest there.

The chubby man said something and got up. Dark-haired and sexy tried to hold him back, but the man just smiled apologetically and started to leave, going to the bar to pay their bill.

The boy looked after him with a despondent look on his face, and his eyes caught Mischa's again.

Mischa smiled. He was almost certain that this was his boy. His focus never wavered as he crossed the floor until he was standing next to the young man "Hi."

The boy hesitated, then he smiled. "Hello."

"Are you Tim?" Mischa really hoped that he had got the name right.

"Oh, sorry. I'm Mischa. Would you like a drink?" Again, not something he normally wasted his time with when he interviewed subs, but Toby had told him to go gently on this one.

"He's not used to the scene yet," Toby had said, "but his old Dom is a friend of mine and wants to make sure he's feeling at home in Boston."

So now Mischa's job was to make the young man feel at home, and he had every intention of doing so. His playroom could be downright cozy, in his opinion.

The boy hesitated, still looking a little insecure. Then he seemed to make up his mind. "Okay, but only a mineral water. I have papers to grade tomorrow."

Mischa nodded approvingly and got two mineral waters -- he never drank before a scene and didn't want his sub to, either -- and went back to the table in the corner.

"Are you a teacher?

"Yes. Well, a TA, so I'm the lucky owner of a bunch of opinionated undergrads with opinionated midterm papers."

"That sounds -- challenging." Mischa smiled, drinking from his glass.

Tom shrugged. "It's a nice way to make a little extra, though, and it sharpens my skills."

For a moment, Mischa hesitated. Could this be the wrong guy? This boy wasn't exactly getting straight to the point. Then Tom leaned in, smiling conspiratorially. "Of course, I like to sharpen my skills here as well." He winked.

"So, what do you do for a living?" Tom inquired.

The boy really wasn't getting to the point. "I own my own business." Mischa decided to push things along a bit; even though small talk was nice, he by far preferred to spend his night in the playroom.

"So, tell me what you like. I can string you up and whip you 'til you scream, or you can get down on your knees and suck me off with your hands tied behind your back. I will fuck you, though."

He saw the incomprehension on Tom's face change to shocked surprise and knew that he had fucked up. Big time.