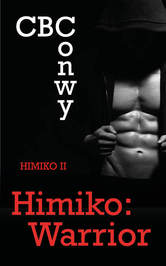 When the aliens arrived on Earth, it turned out that Plato was right: You really can find your other half - your soulmate. And Matt found his. Now he's got an unbreakable mental bond to his mate and some intriguing telekinetic abilities to explore. Full of excitement, Matt returns to his old life. But he's completely unprepared for the anger and rejection he encounters because of his bond with Pietr. Shunned and assaulted, Matt realizes the hard way that you can never go back. Especially not when you're bonded with the enemy.

Giving up isn't an option, though. Even though Matt's pretty sure that Pietr's the most annoying alien in history, he's also sure that his mate is more important to him than anything else. But Matt's mental strength is increasing, and Pietr can no longer hide the one secret he's been desperate to keep. Matt's world falls apart, and he's not sure if he's ever going to be able to put it back together.

But he might not have a choice. The hostility between humans and Himika is increasing, and Matt is forced to face some unwelcome truths about his own nature in order to ensure not only his own survival, but that of his fellow human beings as well.

Himiko: Warrior is the sequel to Himiko: Bonding.

Excerpt:
Matt was deep in thought when he left work that evening. It was Friday, and he had given his employees the afternoon off, leaving him a blessedly empty office in which to get some work done. He still relished the work; something as simple as an extension to a school or an administration building thrilled him. It wasn't just the aesthetic side of it, even though that was important. He also loved adjusting all the technical specifications to make one coherent, well-working building. It was like a giant puzzle, the pieces consisting of the demands made by the owner of the building, the future users, and his own aesthetic ambitions.

He was still thinking about the possibility of incorporating an extra entrance for his current project when he saw two men. They were walking toward him in the shadows along the pathway to the parking lot. The men were clad almost identically in black trousers and shirts, and he guessed it was their outfits that had caught his attention. Just before they got into the light from the lamppost, they pulled on black ski masks.

Matt turned around to run, but there were two men behind him as well, dressed like the other two. He halted, reaching his arms out to the sides in a gesture that was meant to be appeasing.

"I don't have anything worth stealing," he said. He had a feeling that they weren't there for his wallet, though. You didn't dress up like that and call three of your friends to rob random people of their spare cash.

One of the men stepped closer, and with a shock, Matt realized that he knew the figure. Jones and Matt had dressed up as robbers for a costume party once when they couldn't come up with a better idea for a costume, and Jones had even worn the ski mask one very memorable night in bed.

"Don't do this to me. Fuck, Jo--" Matt felt a hard punch in his back, making the pain soar through him. He tried to turn around, but the man next to Jones was too quick, and he got a blow to his head that almost knocked him over.

Matt shook his head to clear it. He tried to use his mental powers to defend himself, but the blow to his head made his mind sluggish. All he could think to do was lifting up his bag to protect himself. It did block a punch from Jones, but Matt got another in the side, making him lose his breath. He fought hard to stay upright, knowing that it would get really bad when he couldn't keep standing anymore. Then the blows started raining down, and it was only a matter of time before his knees gave out and he sank to the ground. It didn't stop there; the punches turned into kicks, one of them making a horrible crunching sound as the boot hit his ribs. He cried out, and it was only then he realized that he had been quiet until now.

It was Jones' voice, and it was Jones who kicked him in the head, making the world go gray and quiet. The only thing he registered were the flagstones under him, hard and cool where he rested his face, but there was no sound, no pain anymore.

His head eventually cleared, though, and he saw that the men were gone. Only Jones was still there, mask off. His former friend pulled roughly at Matt's hair, forcing his head up.

"See, that's what happens to people who fuck aliens. Fucking freak!" Jones spat, most of it hitting Matt in the face. Then he slammed Matt's head into the ground and walked away.

Matt couldn't move, his brain not remembering how to make his limbs work. The only sound he heard was his own labored breathing; something in his chest wasn't functioning as it should, and he wasn't getting enough air. It felt horribly wrong. He finally managed to move an arm, trying to get it under him to get up. The pain in his chest and shoulder was overwhelming, tearing through him, and he was lost in pain, was nothing but pain.

Help me! Pietr, help me. It hurts so much! He cried out for his mate with all of his mental powers, desperately hoping that Pietr was near enough to hear him. Then he faded, all energy spent.

Buy Himiko: Warrior on Amazon
Buy Himiko: Warrior on Smashwords
"With a riveting alternate reality, Himiko: Warrior continues to explore the notion of aliens living amongst us. The fascinating sequel to Himiko: Bonding takes up with Matt’s attempts to go back to his old life with his new alien lover and learns very painfully that you can’t go back again. Not only is Himiko: Warrior an enjoyable, character driven story but it’s also a thought provoking tale of perceptions and truth. And let’s not forget, Himiko: Warrior is also a sexy romance."
Joyfully Reviewed
"An absolutely incredibly written book with a solid story-line and plot which gives us more ground building about the Himiko [...] This is definitely a satisfying story that flows smoothly from beginning to end.  So I recommend this to all who loves science fiction, hot sex, psychic powers, angst, conflict and a happy ever after."
MM Good Book Reviews (5 hearts)
"Readers will find much to love about this story. The continuing romance between Matt and Pietr with its many ups and downs, as well as the intrigue surrounding the Himiko leader will keep the reader entertained until the last page."
Top 2 Bottom Reviews (5 kisses)
"CB Conwy’s Himiko: Warrior is an incredibly impressive saga that I greatly enjoyed."
Literary Nymphs Reviews (4 nymphs)