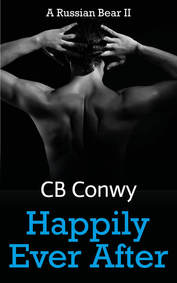 Mischa isn't stupid; he knows that happily ever afters only happen in fairytales. Still, he had thought that as soon as Tom got over the horrible assault that almost tore them apart, everything would be better. Perhaps not fairytale happy right away, but better. Instead, they seem to be falling apart, and quite spectacularly so.

What Mischa hadn't taken into account was the fact that violence have longtime consequences - consequences that are threatening to shake the very foundation of Tom and Mischa's relationship. Because Mischa can handle Tom's weakness, but he can't face his own. He doesn't have a choice, though. Not if they're going to make it.

As Mischa and Tom struggle to rebuild their relationship, it turns out that happily ever after is damn hard work. It's also wildly kinky, because Tom and Mischa have to build a new trust in the playroom as well. One scene at a time, Mischa and Tom explore their new limits, and that's the kind of work that Mischa likes. After all, that's what badass Doms do.

Buy Happily Ever After at Amazon
Buy Happily Ever After on Smashwords
Excerpt:
They were going to be okay. Tom sighed and pushed his head closer, resting it in the crook of Mischa's neck. Mischa had been about to get up, but now Tom's lover sat down next to him on the spanking bench in the quiet playroom, putting both arms around Tom and hugging him securely.

Tom took a deep breath, and then another, the air feeling as if it was somehow cleansing him. He could feel Mischa's hand caress his shoulder, and he relished the touch, relished the simple fact that touching felt good again. It had been so fucking long.

He had tried telling himself over and over these last months that it had only been an assault. An unfortunate meeting, only a few minutes of close contact with some homophobic asshole who didn't like the look of Tom's face or something like that.

It was just that the consequences had stretched far beyond those few minutes. Tom had been messed up when the man had left him in that alley, bleeding and unconscious. It had taken weeks, months even, before his broken bones had mended and the bruises had paled and taken that horrible deep pain with them. The pain that kept him from what he needed most: being touched and comforted by Mischa.

Unfortunately, those hadn't been the only after-effects. Somewhere along the way, Tom had completely lost faith in himself, in his ability to be touched. To be loved. He shuddered and pushed closer.

"Shh, you're okay." Mischa cuddled him, gently stroking his hair.

The knowledge that Mischa was right, that he was finally going to be all right, almost took his breath away for a moment. The relief made his throat tighten up, and he chuckled ruefully.

"What?" Mischa pulled back far enough to look questioningly at Tom's face. The dark eyes were soft.

"Nothing," Tom shook his head. His voice came out slightly strangled. "I'm just…" He cleared his throat. "I'm just happy."

Mischa took one hand away from Tom's shoulder, jostling him slightly, and the movement made a twinge go through Tom's ass. He gasped.

Mischa quickly looked at Tom, worry on his face. "Anything wrong?"

Tom snorted. "Well, that depends if you ask me or my asshole. You just fucked me pretty thoroughly." Pretty fucking amazingly, as well.

Mischa huffed. "I don't talk to assholes. Come on, let's get up. You need to get dressed."

"In what? You fucking shredded my clothes." Tom still couldn't believe that Mischa had actually tied him up, cut off his clothes, and fucked him. It had been completely out of character from the way Mischa had been acting the last couple of months; it had been the old, badass Mischa. Exactly what Tom had needed.

"You have other clothes. You should be happy I won't have you clean up the kitchen naked."

Listen to Happily Ever After!